What Is Considered Domestic Violence in California? 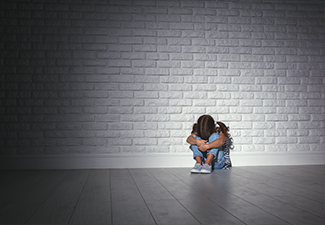 As shelter-at-home policies took effect at the onset of the pandemic in Los Angeles County, calls to the Department of Public Health’s Domestic Violence Council Hotline increased every month of 2020 compared to 2019. The L.A. Police Department reported 16 percent more domestic violence calls in April of 2020 over 2019. By December, the calls had tapered off but still hovered about 200 calls a week over the year before.

Hopefully, the elevated figures continue to taper. But 400 calls a week is a huge figure, even in pre- or post-pandemic times—not to mention the many victims who suffer in silence.

Domestic violence, both by California law and by standards employed by organizations seeking to build awareness of the issue, does not always involve a blow to the body or having something thrown at you. It can also be more psychological in nature by the perpetrator instilling fear or seeking control over you, your thoughts, and your actions.

If you feel you’re the victim of domestic violence anywhere in Los Angeles County – even if it involves a divorce that inspires fear of hardship through your spouse’s financial tactics or threats to take the children away – contact the Law Office of Karen S. Brown. Domestic violence is a beast with many shapes that requires different approaches to stop it in its tracks, including restraining orders, adjustments to your work schedule, relocating, counseling, and potential law enforcement involvement.

California’s domestic violence laws hinge on the word “abuse.” Abuse is defined as:

Even threats of divorce to cause financial harm in retaliation or to remove the children to another (unknown) location can be considered domestic violence. Note that “disturbing your peace” is a broad category that can include all kinds of verbal (but not necessarily physical) behavior. See the next section for signs of what this might involve.

The National Domestic Violence Hotline warns that abusive behavior often begins with efforts to obtain power and control over another. Warning signs include, but are not limited to:

Who Can Be a Victim?

The popular conception is that domestic violence is mostly the case of a man victimizing a woman, whether a spouse, live-in partner, or girlfriend.

Under California law, a victim, regardless of gender, can be anyone who is or has been an intimate partner, including:

Get Help from an Experienced Family Law Attorney

If you are in an abusive relationship or are being haunted by a former spouse or intimate partner, the law is on your side. You don’t need to remain silent or wait for the possibility of physical violence that might result in a 911 call or visit to the ER.

Karen S. Brown is a Certified Legal Specialist in Family Law, a distinction awarded by the State Bar of California. At the Law Office of Karen S. Brown, she has helped countless others like you with care and compassion. Her firm proudly serves clients in Los Angeles County, from Santa Monica and Brentwood down to Long Beach and Torrance, and throughout the San Fernando Valley.